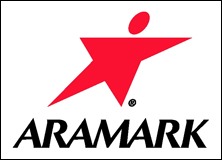 TRENTON, NJ (CelebrityAccess MediaWire) — Lawyers for Aramark Corp. have asked a New Jersey state appeals court to throw out a jury’s $135 million award to a child paralyzed in a drunken driving accident and to order a new trial.

Calling the landmark case a “train wreck,” attorneys said a litany of errors tainted the trial, and that the punitive damages included in the award are not allowed under New Jersey’s alcohol liability statute, according to the Star-Ledger.

One year ago, a Bergen County jury found Aramark liable for serving beer to a drunken fan at a Giant's game at the Meadowlands, who later caused a car crash that injured a mother and paralyzed her 2-year-old daughter from the neck down.

The family’s attorney successfully argued a case that claimed a “culture of intoxication” at the stadium led to the man being served even though he was visibly drunk.

Aramark attorney Stephen A. Cozen argued that the evidence should have focused on whether the individual fan was served while he was visibly intoxicated on the day of the accident.

“It was a thin case,” Cozen told the paper. “There was no evidence of service to a visibly intoxicated person.”

The ruling was the largest alcohol liability award in the country, and was also the first reported alcohol liability case in New Jersey in which punitive damages were awarded, with statewide implications for the alcohol service industry. –by CelebrityAccess Staff Writers