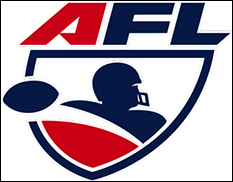 LAS VEGAS (CelebrityAccess) — Two months after the Arena Football League wrapped up its 29th season, the league finds itself in a precarious position after five of its nine teams folded or decamped to rival indoor football organizations.

According to NBC, The L.A. KISS shuttered without making a public announcement or even notifying players and the Orlando Predators and Portland Steel also ceased operations during the offseason. As well, the Jacksonville Sharks and Arizona Rattlers have defected to join the Indoor Football League.

Those closures are in addition to the New Orleans VooDoo and Las Vegas Outlaws, which both ceased operation in August 2015 and the Spokane Shock, who left the league for the IFL in September 2015.

The shakeup leaves the Arena Football League, which is one of the oldest operating football leagues, with only 4 teams: the Cleveland Gladiators, Philadelphia Soul, Tampa Bay Storm and the newest addition to the league, the Washington Valor who are set to debut in 2017.

“The Arena Football League is focused on solidifying its foundation for the long term and is in active conversations with strong, experienced ownership groups in markets where there is already a pro sports signature in place,” the league said in a statement. “The addition of the Washington Valor this coming season provides a solid example of where we are headed. Ultimately, we continue to be focused on positioning and growing the league over the long term to deliver the great game, compelling broadcasts and arena experience our fans have come to expect.” – Staff Writers