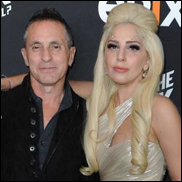 
In a interview with Billboard Fogel says that ticket sales for North America and Europe are at 80% capacity sold, even though the tour doesn’t begin in America until May, and Europe in the Fall. “The run with Gaga over the last two tours has been incredibly successful, and this one is shaping up no differently,” Fogel says. He adds that Live Nation will announce an additional six Gaga shows in North America in the coming weeks (including a second in Los Angeles), as well as more dates in the U.K., including a fourth O2 in London.


The 29 shows that are on sale in North America have already grossed $26 million in ticket sales, according to Fogel, which averages out to a healthy nightly take of nearly $900,000 per show. Referring to published reports that Gaga’s June show at the Marcus Amphitheater in Milwaukee was “flopping,” Fogel says, “When something like Milwaukee specifically comes up, that show has sold 14,264 tickets, the gross is $961,000, and it’s at the end of June. I just don’t know how this shit gets any traction without people doing their homework.”


As to reports that Live Nation, a publicly traded company, has lost $30 million on Gaga’s tour, Fogel laughs. “Just a complete fool would say something like that,” he says, “and it could only come from somebody who has an agenda, because it makes absolutely no sense, on any level.”


If a tour was losing that kind of money, or even much less, most likely the promoter would take action. “Forget $30 million, if it were actually true, you’d say ‘pull the plug,’” says Fogel, a veteran promoter who has steered many of the highest-grossing tours in history, including megatours by the likes of U2 and Madonna.


Whatever the performance of Lady Gaga’s latest album "ARTPOP," the artist has, earlier in her career than most, built a reputation as a compelling live act. In doing so she has created a dynamic apart — and often independent — from an album’s success, or lack thereof. Gaga’s previous two tours were unqualified blockbusters, with both Monster`s Ball in 2010-`11 and Born This Way Ball in 2012, each finishing among the highest-grossing tours of the year on Billboard`s Boxscore chart.