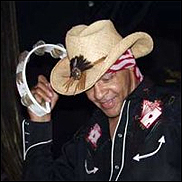 NEW YORK (CelebrityAccess MediaWire) — An all-star benefit concert, We're Doing It For Love, will be held June 23 at New York's Beacon Theater, which will attempt to cover the massive medical expenses of rock musician Arthur Lee (LOVE), who was diagnosed in February with Acute Myelogenous Leukemia (AML). Lee has no medical insurance, already has medical bills in excess of
$100,000 and is facing a probable bone marrow transplant.

With a rapidly growing lineup including Robert Plant, Ian Hunter, David Johansen, Yo La Tengo and Garland Jeffreys and a host of other
artists expected to be added in the coming weeks, in addition to hopefully
solving a major financial crisis, this concert will focus a long-overdue
spotlight on the vastly influential but greatly underappreciated music of
one of the truly innovative and influential rock artists of all-time.
All of the concert's proceeds will go to Lee’s
medical expenses.

Produced by veteran New York concert promoter Steve Weitzman of SW
Productions, in association with Lee's manager, Mark Linn, the show
will feature artists who will either be performing Lee's material,
their own originals or a combination of both. Many of the artists invited
have had a history of performing Lee covers in their live sets or on
records, and Robert Plant, for one, has been performing three of Lee’s songs regularly during his most recent tour.

Plant was the first significant artist who agreed to perform, stating simply
in a mid-April email to Weitzman that he "would definitely like to be
involved…and will sing with anybody!" He has also insisted on taking care
of his own plane fare from London in addition to his New York hotel expenses even
when those were offered to be included in the show's budget. Very soon
after Plant confirmed, Hunter followed, and in addition to doing his
own performance, offered to have his band back up Plant who
happily accepted that arrangement. Weitzman was told to expect
"some old Led Zeppelin songs" as well as material by Lee and a few
other songs long admired by Plant that he hasn't often performed live.
Hunter and Plant also plan on singing together on certain
selections, marking the first time onstage that they will have ever done
that.

When Lee, back home in Memphis, was told about Plant's involvement by his manager, he said, "That's
great! Why don't you get that guitarist too… Jimmy something," adding
with his "arthuresque" humor and take on life, "Robert Plant is a man of his
word and a man's word is his castle!" While his situation is extremely
serious, and the next few weeks will be his most challenging with ongoing
chemotherapy and extensive hospital stays, Lee recently told his manager that
if he is physically able to travel next month, he would love to attend the Beacon show.

Lee performed his first New York shows in 25
years in 1994 when he was booked by Weitzman at Tramps for three shows
over two engagements in the summer and fall of that year.