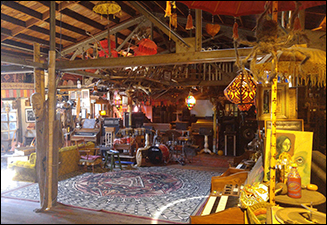 OKLAND (CelebrityAccess) — A deadly fire ripped through a warehouse hosting an EDM event in Oakland on Friday night, leaving 9 dead and at least 25 more unaccounted for.

The venue, a former warehouse apparently converted into an an artist collective and antique shop, was hosting a performance that featured several artists on the 100% Silk label, including Wisconsin-based artist Golden Donna and DJ/Producers Cherushii and Nackt, both from the San Francisco Bay area.

Officials told ABC News that preliminary indications suggest that the fire was electrical in nature and that flames blocked the building's only exit.

In the coming days, investigators will seek to determine if the building's owner knew it was being used for public performances and suggested that criminal charges could be possible, depending on the outcome of the investigation.

One person who was inside the warehouse at the time of the fire told ABC affiliate KGO that the building is home to about 18 people who use it as an artist collective.

So far, fire officials have confirmed that nine people died in the conflagration but that number is expected to rise as investigators comb through the debris.

According to the New York Times, the building suffered extensive damage and collapsed following the blaze, which reportedly started just after midnight.

“We expect the number of deceased to go up,” Sgt. Ray Kelly of the Alameda County Sheriff’s Office said during a news conference following the fire. “We’re expecting the worst, maybe a couple dozen victims.”

Pictures of the buildings interior from its website showed a cluttered space, filled with antiques, sculptures and curios. – Staff Writers