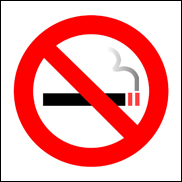 BYRON BAY, Australia (CelebrityAccess MediaWire) — According to The Daily Telegraph – The NSW Government is now taking steps to ban the sale of tobacco products from mobile stands, including those found at outdoor music festivals. This will include but not be limmited to any and temporary structures including cars, caravans, trailers, stalls, tents and stands.

The ban will be enforced by State Governement and they will be going after any lounge or tent that promotes smoking especially since it is pulling in teens as young as 13. These tents are well placed and the anti-smoking lobbyists say they need to go.

Some of the popular NSW events these smoking tents and products wil be disapearing from are Parklife, Big Day Out and Splendour in the Grass in Byron Bay. Orriginally they were planning on smoking tents at these concerts. According to The Daily Telegraph

"We will not allow the big tobacco companies to use cheap marketing gimmicks to promote and peddle their products to young Australians," minister assisting the Minister for Health (Cancer) Verity Firth told The Daily Telegraph.
Anti-tobacco lobbyists would like to see the ban in place before the summer concert series, problem being that that big tobacco puts a lot of money into their promotional tactics at these concert series.

According to The Daily Telegraph Promotors are not concerned about the lack of these smoking tents at their events. –by CelebrityAccess Staff Writers