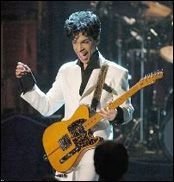 MONTREUX (CelebrityAccess MediaWire) — After four years of financial losses, the Montreux Jazz Festival has regained profitably thanks to a new slimmed-down format and solid ticket sales.

This year’s festival featured surprise appearance by Prince who gave what founder and president Claude Nobs described as a "royal" performance.

The clouds surrounding the festival's finances, which saw Nobs appeal last year for public aid, look to have been well and truly banished.

The festival's general secretary, Mathieu Jaton, announced on that more than 80,000 tickets had been sold – ten per cent higher than expected.

"Ticket sales for the whole of the festival have been a total success," said Jaton, who added that revenue from food and drink was 20 per cent up on the previous year.

For Nobs, the highlight of the festival was a last-minute appearance by Prince. The 4,500 tickets for the show, which cost between SFr129 ($107) and SFr259, disappeared ten minutes after going on sale. They were later reported to be changing hands on the black market for five times the price.

Prince sang hits including Purple Rain and Nothing Compares 2 U, as well as the Beatles' Come Together and Grammy-winning Crazy by Gnarls Barkley.

After dazzling fans with a two-hour performance, he then showed up at 3am to jam with his band at a late-night Montreux jazz café.

"It was a princely, even royal offering," said Nobs, who added that no contract had been signed with the singer.

The one disappointment in an otherwise five-star festival, according to Nobs, was a concert by legendary funk pioneers Sly and the Family Stone, who managed only five songs before drifting off stage.

This year's firmer financial footing comes after five years of steady growth for the festival and its budget. Its 40th birthday celebrations last year cost SFr19 million – a record, but the festival finished in the red on several occasions, not helped by the cost of organizing concerts in two different locations – the casino and the congress centre.

This time around organizers scaled back the program, moving the jazz concerts held previously in the casino into the congress centre, abandoning a building around which much of the Montreux myth was built.

The fire that began during a Frank Zappa concert and destroyed the casino in 1971 inspired Deep Purple's classic song, Smoke On The Water. It reopened four years later, although concerts were held there only more recently.

Nobs pointed out that the number of hours of music was the same as in previous years, despite the loss of the casino.

He added that all plans to seek public funding had been dropped and that the festival would keep its independence.