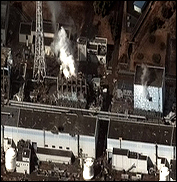 TOKYO (CelebrityAccess MediaWire) — Upwards of 80 members of the Bavarian State Opera took a pass on the company's planned tour of Japan, which kicked off on the 23rd, citing radiation concerns.

According to The Japan Times, the 400 member opera company will replace the concerned performers with backup members while those who refuse to travel take unpaid holiday.

The company will also bring bottled water with them, as well as radiation experts to monitor dosage levels in member's meals, the Japan Times said.

While it has largely fallen off of the news radar in the west, the reactor accidents at the Fukushima Dai-ich Power Plant, which saw three separate nuclear power reactors suffer core meltdowns and primary containment breaches, are still under way. Japanese engineers are struggling to keep the escaped, melted nuclear fuel cool and limit the amount of radiation that is released. Significant portions of northeastern Japan, including some parts of the capital city of Tokyo, have been contaminated with radioactive material.

The Bavarian State Opera, or Bayerische Staatsoper, is touring as a part of a number of events to mark the 150th anniversary of the start of cultural exchange between Germany and Japan. The tour kicks off on October 10th. – CelebrityAccess Staff Writers