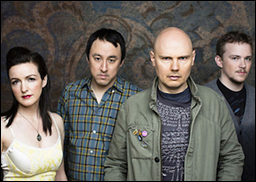 (VIP-NEWS) — Billy Corgan used Facebook Live to update fans about what`s been going on in "Pumpkin Land." He said there`s a possibility that the Smashing Pumpkin`s original lineup will be reuniting in some capacity.

"Speaking of Pumpkins, there`s some big stuff happening, so we`re making plans," he said towards the end of the video. "I can`t give that away, but it`s going to be interesting."

The smile on his face seemed to suggest that he knew the announcement–whatever it may be in the future–would please fans. In March, original Smashing Pumpkins members James Iha and Jimmy Chamberlin joined Corgan onstage to play together for the first time in 16 years, reports Rolling Stone.

As for what else Corgan has been up to, he said, "I just sort of finished a new solo album, which I`ll give more details on in the near future." According to Corgan, he recorded everything over two weeks in California, and the new music is nearly ready to share.