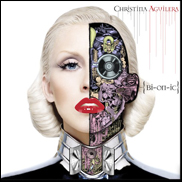 LOS ANGELES (CelebrityAccess MediaWire) — Christina Aguilera has cancelled her 2010 summer tour which was dedicated to promote her new album, “Bionic” to be released on June 4.

A statement by Live Nation read, "The singer felt she needed more time to rehearse the show and with less than a month between the album release and tour date this wasn’t possible," according to the Los Angeles Times.

In addition to the pop diva’s new album, Aguilera is preparing for her MTV Movie Awards performance on June 6, and her November debut of the film "Burlesque," co-starring Cher.

According to the Los Angeles Times, Aguilera plans to reschedule tour dates for summer 2011; new dates will be released later this year. –by CelebrityAccess Staff Writers