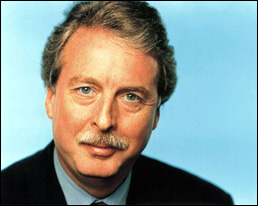 BMG will enact sweeping changes to its royalty accounting policies, according to Rolf Schmidt-Holtz, the company's chairman and CEO. The overhaul will create a simpler, more transparent accounting process by eliminating certain standard deductions applied to contracts both in the U.S. and other territories and by moving to a wholesale model in the U.S. instead of the current model based on the suggested retail list price ("SRLP"). The changes will take affect next year.

BMG believes it is the first of the majors to end the practice of wide-scale deductions (i.e. packaging, standard free goods and CD/technology), which will also be eliminated from the company's online royalty policy. The change from SRLP to the wholesale model will bring BMG's accounting standards in the U.S. in line with the model currently used by BMG in most other territories around the world.

"BMG's new royalty accounting model will bring clarity and simplicity to a process that is outdated, inefficient and confusing," said Schmidt-Holtz. "We are committed to doing what we can to foster and maintain strong relations with our artists and hope the changes announced today help them see clearly that our dealings are clear, unambiguous, and demonstrate our respect for the creative process."

Currently, royalties paid to an artist are calculated as a percentage, as stipulated by the artist's contract, of the SRLP of a CD less a series of standard deductions that reflect costs incurred by the record label. By eliminating the standard deductions referred to above and using the wholesale figure instead of the SRLP as a basis, the process is dramatically streamlined while the amounts BMG's artists receive under the terms of their contracts remains the same.

BMG's new royalty accounting policy will extend to online revenues, as well. Online royalty rates will no longer be subjected to deductions and will be calculated based on the artist's album rate rather than the lower singles royalty rate. By establishing a clearer cut accounting process for online revenue, BMG hopes to encourage its artists to value our participation in legitimate online services and in the industry's continued efforts against online piracy. The online policy will be adaptable in a number of ways to accommodate the evolving online market place.

BMG will be holding a series of meetings during the first quarter of 2003 for its artists and their representatives to demonstrate how the new policy will be implemented.