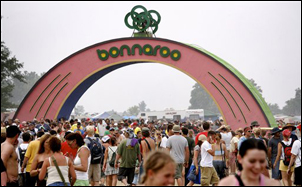 According to the Nashville Tennessean, the promoters bought the Manchester property for a total of $8,686,482, from owner Sam McAllister.

The investment appears to be well worth the high selling price, equaling nearly double the suggested local farmland price, as Bonnaroo grossed more than $14.7 million in ticket sales alone, with money from sponsorships, concessions, and other sources adding on plenty.

The organizers said they plan to use the land to host other concerts and events at the site as well.

“We always felt the land would be a good long term investment for us,” Superfly President Jonathan Mayers told Billboard. “It’s a big investment for us, but we believe in the long term of the festival and other events we can create on the property, and the fact that we’re going to be able to put permanent infrastructure there. We’re really excited about that.”

This year’s festival is set for June 14-17, with headliners including the Police, Tool, the White Stripes and Widespread Panic. –by CelebrityAccess Staff Writers