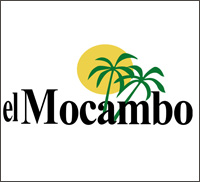 The EL Mo as it is known to locals, was acquired from businessman Abbas Jahangiri, who has owned the venue since 2001. The purchase price was not disclosed.

Originally opened in 1850, the El Mocambo was one of the first venues in Toronto to obtain a liquor license and in its heyday in the 1980s became one of the best known venues in North America. The list of artists that have performed at the El Mo includes: U2, Elvis Costello, Charles Mingus, The Ramones, Stevie Ray Vaughan, Blondie, Clannad (with Enya), Jimi Hendrix, and (in 1977) The Rolling Stones.

Grosso and his partner Marco Petrucci plan to restore the El Mocambo to what they describe as “its glorious past as one of Toronto’s best live music venues.” Planned upgrades include renovations to both the upstairs, and downstairs room, as well as a new sound system.

"The changes to the physical structure, both upstairs and down, will have to be done little by little over the next year," said Mr. Grosso. "There is much work to be done to restore the Elmo to what it was. The stage upstairs will be returned to the north wall, where it used to be, and the sound system upgraded."

Yvonne Matsell, who has booked the venue for the past decade will continue in her current roll.

“We want to bring back a venue that will accommodate all kinds of music, and once again be a mecca — under the palm tree sign — for the very best. It will take time and a lot of work to bring the Elmo back, but we’re starting now…” Grosso added. – CelebrityAccess Staff Writers