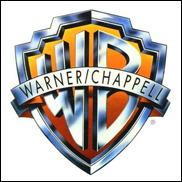 Marshall will be based in Warner/ Chappell’s Los Angeles offices starting in June, and she will report to Warner/Chappell Chairman & CEO Jon Platt.

Prior to joining Warner Music’s publishing unit, Marshall most recently was a partner and Head of Creative Services, and Head of Creative Licensing at SONGS, the prominent indie music publisher, where she worked with artists such as Lorde, Diplo, DJ Mustard and The Weeknd among others.

Carianne Marshall joined SONGS as a Partner in 2006 and helped to build the music publisher’s artist roster to include over 300 songwriters. She also served as the company’s executive leader on the West Coast and fostered double-digit revenue growth during her tenure there, while overseeing creative licensing staff responsible for placing compositions by SONGS’ writers in film, television, commercials, video games, and other visual media.

Before joining the SONGs team, she served as Director of Motion Picture and Television Music for Universal Music Publishing Group, prior to which she worked in the Film/Television Music division of DreamWorks Music Publishing from 2000-2003. She got her start in the music industry on the live side, working music production at Los Angeles-based VOX Productions, while managing and booking bands on the side.

In 1996, she joined Elektra Entertainment Group, working in Marketing & College Radio Promotion. She holds a BA degree in Communications from USC.

She has been named to Billboard’s Women in Music list for the past three years running.

Marshall’s appointment is the latest in a series of executive suite changes implemented by Platt since he took over his leadership role in 2015. Other recent appointments include Javier Dean, who was tapped as Warner/Chappell Spain’s managing director and Eric Mackay, who was named EVP global digital strategy in October.