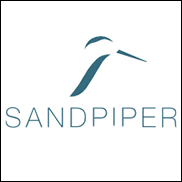 SINGAPORE (CelebrityAccess) — The fallout from a bungled implementation of a cashless payment system during a Guns N' Roses concert at Changi Exhibition Centre in Singapore last month continues as fans seek refunds.

During the Feb 25th show, a shortage of terminals allowing fans to refill their RFID bracelets for food and beverage purchases led to long lines and frustrated customers.

Event promoter LAMC Productions has issued a statement (via TodayOnline) addressing “various complaints” about the concert, noting that the cashless payment system was handled by Sandpiper Digital Payments and that they were responsible for refunds.

“The digital payment system was entirely Sandpiper’s. Except for ticket sales handled by SISTIC, Sandpiper was the ‘merchant’ for all digital payments — pre-event and onsite during the event. This included collection of payments for food and beverage,” said the statement.

“Apart from ticket sales, the digital payment services provided by Sandpiper meant that they engaged with the paying concert-goer to receive their monies, deduct payments for food and beverage, hold the concert-goers’ data and naturally, effect refunds,” according to the statement.

“During the concert, and in the pre-event top-ups, concert-goers made payments to Sandpiper using credit/debit cards and cash onsite … All monies from the pre-event top-ups and onsite during the concert were therefore received and held by Sandpiper, not LAMC. In particular, Sandpiper, as the ‘merchant’ (much like a store or restaurant who transacts one’s credit card payments), had and has control of the concert-goers’ monies.”

LAMC claims that Sandpiper transferred the cash from onsite top-ups during the event in one lump sum and as such detailed information about who is owed was was not available to the promoter.

LAMC are now consulting their lawyers on how to move forward, the statement said.

In turn, Sandpiper Asia said in a statement that they have proposed a 'web based' solution to LAMC

“At no point do Sandpiper Asia retain ownership of any funds collected on-site on behalf of any organiser,” the statement said.