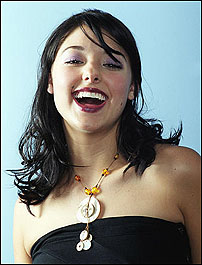 (CelebrityAccess News Service) – Christian and gospel music has maintained its solid market share in the overall music industry in spite of slipping 10 percent in the first half of 2003, according to the Gospel Music Association, which announced the genre's mid-year sales.

At the end of the first six months of 2003, Nielsen SoundScan sales of Christian and gospel music were at 21,046,000 units compared to 23,445,000 units at the same time in 2002, a 10.23 percent decline. These sales represent 7.14 percent of all music sales, which puts gospel music sales ahead of Latin, jazz, classical and soundtracks.

"We are not surprised at the slowdown because gospel music sales are being affected by the same issues as the rest of the music industry — an uncertain economy and music piracy," said John W. Styll, president of the GMA. "Certainly, we are addressing ways to get back on track in growing sales, but we believe it is a good sign that our genre's popularity among all sales has not waned."

General market retailers have sold more Christian and gospel records than Christian retail in 2003 to date. Their 12,214,000 units represent 58 percent of all Christian music sales. Their decline from last year was under six percent, while Christian retailers are seeing just over a 15 percent sales decline in 2003.

"We see two distinct trends in our top album sales," said Styll. "Perhaps most pervasive is the continued success of worship music. Nearly half of the top albums are worship records, telling us that our consumers desire a real connection to God with their music and are actively seeking music that extends their church experience into daily life. On the flip side, our consumers, particularly the younger ones, are just like all other young music buyers who want their music to be hip and relevant. One example is Chevelle, which first debuted in the Christian market three years ago and now has a gold-selling release on Epic and a spot on the summer Ozzfest Tour. Other artists like Relient K and Switchfoot are following close behind with their newest records scoring big sales. These artists are making very contemporary music without the offensive lyrics and negative stereotypes that are too often found in their mainstream counterparts."

While these trends will continue, Styll said, there are some other positive signs that predict a better second half of 2003. Several other current releases are poised for breakthrough success and a second half release schedules promises key top-selling artist releases from Michael W. Smith, Amy Grant, CeCe Winans, Nicole C. Mullen, ZOEgirl, Jump5, Shirley Caesar, and others, makes the sales forecast for the remaining six months of 2003 look much better.

"The good news about Christian music in 2003 seems to be that its impact in our culture is powerful," said Styll. "Artists like Stacie Orrico and MercyMe are not reserved about their faith, so when their music makes a connection the way it has, it proves that there is an audience that wants music that echoes our intrinsic need for inspiration and hope."

Despite the promising news, Styll acknowledges there is a huge task ahead to combat declining sales due to illegal downloading, a problem that the gospel music industry is fighting alongside the rest of the music industry.

Recently a task force was formed, comprised of leaders from the industry's three leading distribution companies, to address digital distribution issues. The task forces' goals include educating Christian music labels on the importance of making music digitally available (legally), helping to facilitate the digitization of all catalog, encouraging dialogue between Christian labels and their parent company departments devoted to digital distribution, increasing visibility/availability of our music online through online services such as Apple's iTunes, and ultimately, of course, increasing sales at bricks and mortar retail.

"There is no doubt that our music is being pirated at the same levels as every other type of music. We do, however, face a unique paradox. On the one hand, we have the moral argument that stealing music is wrong. On the other, some naively have argued that downloading and sharing gospel music is a type of ministry, perhaps unaware that it is copyright infringement. While we work with organizations like the Recording Industry Association of America (RIAA), we will also have to address our unique situation as we explore ways to move our consumers away from illegal downloading," said Styll. –edited by Bob Grossweiner and Jane Cohen