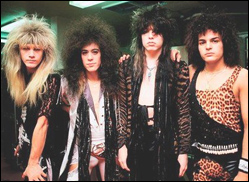 THOUSAND OAKS, CA (CelebrityAccess MediaWire) — According to Cinderella’s manager, Tim Heyne, Tom Keifer's left vocal cord has hemorrhaged, making it impossible for him to sing forcing the band to cancel their upcoming summer tour with Warrant and Lynch Mob, including a July 25 date at the St. Pete Times Forum have been cancelled.

Tom felt his throat give way Wedenesday, June 11th finishing the set in pre-production rehearsals, went to his vocal doctor (Dr. Stephen Mitchell) in Nashville this morning, and was told the grim news. In the short term, Tom's was told it would be two to three weeks before the swelling and damage would recede to a point to where an assessment can be made as to whether surgery will be required" according to Heyne.

Consequently, Cinderalla has no choice but to postpone the upcoming tour until such time as Tom is ready tour again. -by CelebrityAccess Staff Writers