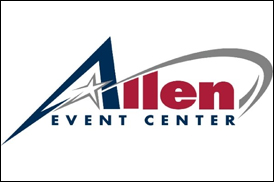 TEMPE, AZ (CelebrityAccess MediaWire) — The city of Tempe has taken over management at the Allen Event Center after the company who'd been handling operations at the venue, Global Entertainment, informed the city they wanted out of their management contract.

The 6,275-seat arena just opened in November, 2009 and the city had contracted with Global Entertainment to the tune of $204,000 a year to manage the facility. The management deal stipulated that Global would give the city all profits derived from events staged at the arena, but thus far, those profits have failed to materialize, the Dallas Morning News reported.

"We were disappointed in the level of activity in the building," City Manager Peter Vargas told the Morning News. "We felt it was not being utilized to its full potential."

A total of 57 concerts have been staged at the Center since it opened, with two additional events being scrubbed due to poor ticket sales. Additionally, the Allen Americans, a minor league hockey franchise, has played 40 games at the arena since it opened.

Vargas went on to note that the city council will determine later this month if the city will continue to operate the arena or if they will contract with a new operator to oversee the venue. – CelebrityAccess Staff Writers