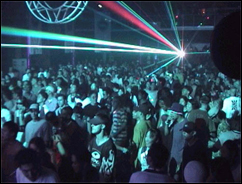 (CelebrityAccess MediaWire) — Orange County Code Enforcement, in Florida, is going after a nightclub for violating the county’s rave club ordinance, after neighbors filed numerous complaints and sheriff deputies were called to the premises nearly 100 times in the past nine months.

The Upper Level Club has changed the type of crowd and the types of drinks they serve, in what the enforcement team believes is an illegal attempt to skirt the rave law.

The club began catering to a teenage crowd when it opened last February, and drew attention from the county with large crowds and a murder in the parking lot three months later.

Venue operator Elizabeth Hart changed the style of club and began catering to adults, to cut down on the problems plaguing the popular spot.

“I’m not a rave club, and I’m not going to be targeted as a rave club. I’m an upstanding member of the community,” Hart told Orange County news station WFTV 9.

The club soon hired a caterer and worked with a non-profit group who got a temporary liquor license, despite the club not holding its own license.

Code Enforcement said the alcohol sales didn’t exempt the club from the Rave Ordinance. Officers warned operators they were in violation and needed a license or had to shut down.

The club has been closed for the time being, and a hearing will likely be held on the matter in the near future.

Orange County passed the rave club ordinance in April of 2001 in response to a local nightclub where investigators said drug activity was rampant as teens partied until early in the morning.

This is the first time a club has been accused of violating the ordinance. –by CelebrityAccess Staff Writers