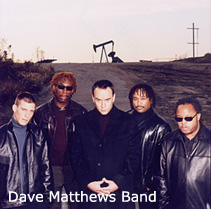 The Dave Matthews Band is the latest act to cancel its international tour in the wake of the September 11 terrorist attacks and our military action in Afghanistan. Eight dates in Mexico City, London and Germany have been pulled.

"In light of recent global events, the band, their crew, and management all feel it important to be close to family and friends," says the post on the group's website. "At this time, no plans have been made to reschedule the canceled engagements."

Other acts that have also canceled overseas tours since Sept. 11 include Pantera, Janet Jackson, Blink-182, Slipknot and Weezer.