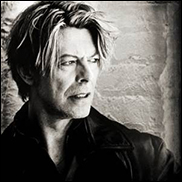 (Hypebot) – While all of David Bowie's predictions about copyright – like its no longer existing – may not have been one hundred percent accurate, he was correct about the panic the copyright industry would experience, causing them to enact policy which is now hurting, rather than incentivizing, the creative economy.


Guest Post by Mike Godwin and Zach Graves on Techdirt


Amid the steady stream of "hot takes" the past few weeks on the legacy of the late great David Bowie, The Washington Post's Robert Gebelhoff dug up some of the rock legend's contrarian views on copyright, if only to rebuke them thoroughly.


Gebelhoff's piece cited a 2002 interview Bowie gave to The New York Times in which he prophesied: "I'm fully confident that copyright…will no longer exist in 10 years, and authorship and intellectual property is in for such a bashing…It's terribly exciting."


Exciting though it may have been, Bowie's prediction obviously has not come to pass, for which Gebelhoff says we should be thankful. In his piece, he notes that strong copyright laws "play an essential role in our creative economy – and have done so for centuries." He cites as evidence a recent Stanford University/NBER study on how differing laws in Italian city-states led to more operas being produced where copyright was protected.


Bowie has long been an innovator and music visionary, experimenting with early ways to use the Internet to "cybercast" concerts and connect with fans. But it's important that Bowie wasn't necessarily seeking the death of copyright (after all, he used it to make a living). Instead, he was paying heed to what digital media already had done to revolutionize copyright-centered industries.


What he got right was detecting traditional copyright Industry's anxiety – the same anxiety that has led them to push successfully for copyright terms to be extended by nearly 580 percent over the last 200 years. Mickey Mouse famously has enjoyed several retroactive copyright term extensions since Walt Disney's death, though Walt has yet to take advantage of this added incentive.


So why would Bowie, whose fortune and fame owed so much to the music industry, be excited about the end of copyright? The answer is straightforward: as a working, successful musician and producer, he knew as well as anyone that unlimited copyright protection could hinder creation, as well as remunerate it. If you're a fan of Bowie's "Young Americans," you know that part of its power as a song derives directly from its unembarrassed quotation of the Beatles song "A Day in the Life."


While copyright didn't disappear in the decade since Bowie's interview, Bowie was in many ways right about the impending shakeup of the industry. More and more consumers, particularly millennials, are listening to their music on demand through a streaming subscription, rather than purchasing copies a la carte. Remix has become a central technique for new creativity. And heavy-handed copyright can get in its way. Look, for instance, at what future presidential candidate Kanye West did with Ray Charles' "I Got a Woman." Bowie's vision that "music itself is going to become like running water or electricity" turned out to be pretty accurate.


This trend has led to sharply declining revenues from physical sales (except for vinyl, which is doing fine, thanks to hipsters) and a steadily increasing share for streaming. Digital downloads are still popular and continue to represent a major revenue source for now. As physical formats have fallen out of favor, as Bowie perhaps foresaw, the industry experienced a period of sharp disruption.


The result has been not just depressed global revenues, but also a whole apparatus of production, distribution and retail falling away. As a 2015 study by Midia observed, the narrative of "music industry decline is a label phenomenon." Which echoes what Bowie saw coming in 2002: "I don't even know why I would want to be on a label in a few years, because I don't think it's going to work by labels and by distribution systems in the same way."


Of course, the role of our copyright system is not to protect established industries from disruption. Policymakers shouldn't protect the record store from Apple or the bookstore from Amazon. Our nation's founders gave Congress a mandate to use copyright to "promote the Progress of Science and useful Arts." That is, to provide the carrot to spur artistic creation. If we take copyright "incentives" too far, they can undermine artistic freedom by imposing limits on other forms of creative expression and uses of tangible property.


Even the opera study Gebelhoff cites in his piece acknowledges this, as its authors write that "there is no clear evidence" that copyright extension beyond the author's life span creates meaningful incentives. In fact, they suggest it has little effect "beyond the first five years." In an article about the study, New York University law professor Christopher Jon Sprigman notes that: "[this] conclusion is particularly important because our contemporary debate is usually not whether to have copyright at all, but rather whether to extend already very long copyright terms."


Bowie was wrong that copyright would end, but he was right that copyright as we know it is under threat. Its foundation, built for an analog age, increasingly struggles to function in the digital one. And its market, warped by decades of heavy-handed government intervention and industry carve-outs, doesn't know how to operate freely anymore.


That's why substantial reforms will be inevitable. As Congress slowly moves in that direction, it should be mindful of this lesson: stronger copyright laws don't automatically incentivize more creative freedom. In fact, they often come at its expense.