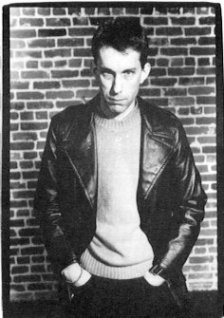 The Dead Kennedys canceled several
European tour dates in Scotland and the UK due to guitarist East Bay Ray's injury. He aggravated a previous hand injury during a tour date in Italy late last month. The injury, a bone spur on the right forefinger, is not expected to impair the band from touring in the future. Heat therapy and rest have been prescribed by his personal physician.

"The Dead Kennedys regret to inform our European fans about the cancellation of these tour dates," said Dead Kennedys bassist Klaus Flouride. "However, the most important thing for the band right now is for Ray to make a full recovery from his hand injury. The Dead Kennedys made a commitment to tour Europe and we will absolutely do that. We just can’t play as many dates in a row as we thought we could due to injury."

The band just returned from several international shows, including their first ever shows in Tokyo, Japan; Budapest, Hungary; Belgrade, Serbia; and Moscow and St. Petersburg, Russia.