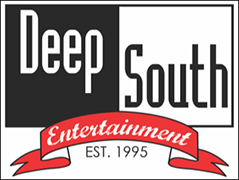 According to Deep South, the new series will take place on Saturdays with local musical talent, food trucks and local beermakers on hand, while maintaining a family-friendly environment. However, additional details about the concert series are still forthcoming.

At the same time, Deep South announced that they are discontinuing their two concert series — Oak City 7 and Pickin’ In the Plaza.

"Although Oak City 7 and Pickin’ In the Plaza were well received, we believe the entertainment demands of downtown have progressed and the needs for the community are different than they were when we started. Throughout the years, the series did not utilize any taxpayer money, which we are very proud of, and is a testament to the incredible dedication of the sponsors and music fans who supported these events," Deep South's Dave Rose said in a press statement announcing the changes.

Deep South launched the Oak City 7 series in 2012 and added Pickin’ In the Plaza, which focused on traditional music shortly thereafter. The two concert series followed on the heels of their fist such endeavor, Downtown Live, which launched in 2005 through a partnership with the Raleigh Convention Center.

"It is an honor to serve this eclectic community in Raleigh and we look forward to continuing this service with some new and exciting events. Mostly, we want to thank the community, music fans, bands, and sponsors who made Oak City 7 and Pickin’ In the Plaza a fun and creative part of the downtown Raleigh landscape. We look forward to seeing you all this summer!" Rose added. – Staff Writers