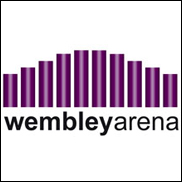 Drury, who currently heads Live Nation's venue bookings team, will replace Peter Tudor, who is exiting this May after 10 years working with the iconic London venue.

Drury, who will report to divisional manager, music Graham Walters, has been with the organization for six years.

He got a taste for the role last year when he stepped in for three months covering Tudor, who had taken a three-month sabbatical, according to Billboard