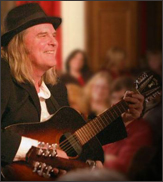 LOS ANGELES (CelebrityAccess MediaWire) — Eric Lowen, a well-regarded songwriter and one half of the folk group Lowen and Navarro died on Friday in Florida after a lengthy battle with amyotrophic lateral sclerosis, otherwise known as Lou Gehrig’s disease. He was 60.

A native of Utica, N.Y., Lowen met his long-time collaborator Dan Navarro in Los Angeles in the early 1980s while working together as singing waiters at the Great American Food and Beverage Co. The two went on to write the Pat Benatar smash hit “We Belong,” a song that became a regular feature in Lowen & Navarro shows.

In addition, the pair wrote songs for artists including The Bangles, The Four Tops, The Triplets, The Temptations, Dave Edmunds and David Lee Roth among numerous others.

The duo released a studio album in “Walking on a Wire,” in 1990, followed “Broken Moon” both of which helped establish Lowen and Navarro as artists on the national scene.

Lowen & Navarro also toured extensively, even after Eric was diagnosed with ALS in 2004, until finally, in 2009, the effects of the illness left Lowen unable to perform. Despite the obstacles presented by his illness, Lowen continued to manage the group’s public interaction with their fans, particularly through social media such as Facebook. – CelebrityAccess Staff Writers