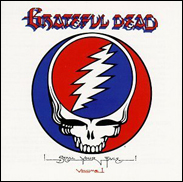 SANTA CRUZ, CA (Hypebot) –
On the eve of the band's archives going public at the University of California at Santa Cruz, The Atlantic looks at the business practices of the Grateful Dead and the lessons they can teach any artist or label struggling to connect with and monetize their relationship with an audience.

In many ways The Dead were visionaries who created customer value, promoted social networking, and did strategic planning. Along the way, there are more than one lesson that could have changed everything if the music industry had paid attention on the day that Sean Fanning started work on Napster in his dorm room.

"The Dead’s influence on the business world may turn out to be a significant part of its legacy. Without intending to… the band pioneered ideas and practices that were subsequently embraced by corporate America. One was to focus intensely on its most loyal fans. It established a telephone hotline to alert them to its touring schedule…They incorporated early on, and established a board of directors…They founded a profitable merchandising division."

…But they weren’t greedy, and they adapted well. They famously permitted fans to tape their shows, ceding a major revenue source in potential record sales…the decision was not entirely selfless: it reflected a shrewd assessment that tape sharing would widen their audience, a ban would be unenforceable, and anyone inclined to tape a show would probably spend money elsewhere, such as on merchandise or tickets. The Dead became one of the most profitable bands of all time.

…the connection between the Internet and the Dead’s business model was made 15 years ago by the band’s lyricist, John Perry Barlow, who became an Internet guru. Writing in Wired in 1994, Barlow posited that in the information economy, “the best way to raise demand for your product is to give it away.” …we couldn’t regulate [taping at] our shows, and you can’t online. The Internet doesn’t behave that way. But here’s the thing: if I give my song away to 20 people, and they give it to 20 people, pretty soon everybody knows me, and my value as a creator is dramatically enhanced. That was the value proposition with the Dead.”