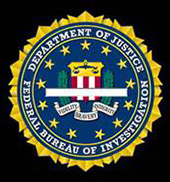 NEW YORK (CelebrityAccess) — The FBI in Pittsburgh has charged a Maryland man with allegedly defrauding a South Korean steel company out of $375,000 for a fake Pharrell Williams concert.

According to the Pittsburgh Post-Gazette, Sigismond Segbefia, 28, a Ghana native who lives in Silver Spring, was arrested earlier this week on charges of wire fraud, bank fraud and identity theft.

Federal authorities allege that Segbefia posed as the representative of a Japanese talent agency and arranged a booking for a Seoul concert for Pharrell Williams, and kept a $375,000 from the Korean steel manufacturer who was trying to book the show.

Authorities also allege that Segbefia had stolen the identity of a 54-year-old postal employee and used it to defraud women he met online at the ChristianMingle.com dating site out of money.

Mr. Segbefia was being held in New York but the case will be transferred to Pittsburgh. – Staff Writers