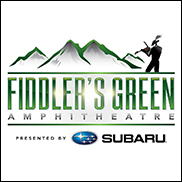 The 10,000-capacity amphitheater announced that they are waiving most service charges for tickets for shows purchased at the venue from now until the end of Tax Day, which this year falls on April 18th. Some delivery fees may still be imposed.

The venue is operated by AEG, with ticketing handled through the company's AXS ticketing platform.