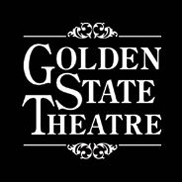 MONTEREY, CA (CelebrityAccess MediaWire) — Scott Grover is hoping that people will be patient for just a little longer as they wait for refunds for canceled shows.

Until two months ago, Grover served as the general manager for the Golden State Theatre in downtown Monterey but was evicted when he fell behind on rent, the Monterey Herald reported. Since then, he's been working to make good on ticket refunds for a number of canceled shoes. Grover told the Herald that there are about 300 ticket holders still awaiting refunds and that he anticipated making them whole "in the next couple weeks" pending the return of deposits from a number of business expenses.

Included in the list of shows that were canceled when Grover was evicted were planned performances by Weird Al Yankovic, John Hiatt and Adam Ant.

Customers seeking ticket refunds became alarmed after the Grover's phone was disconnected, however, Grover said that there was no cause for concern.

"There's no point in paying phone bills when I want to pay people back for their tickets," Grover told the Herald. "There wasn't an opportunity to keep those systems up."

Despite Grover's financial woes, the 1,400-capacity theater is still available rent for and is on the market for a buyer with an asking price of almost $5 million. – Staff Writers