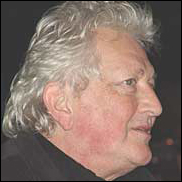 His publishing company, Francis Dreyfus Music, was a pioneer in the French music industry, representing Jarre and the Dreyfus family of artists, as well other major music catalogs including ABC Music, Elvis Presley, and Pink Floyd according to the press release. As Floyd's French publisher in the late 1960's, Dreyfus connected the group with cutting edge French filmmakers, which proved to be a major step in the group's international development.

Francis Dreyfus's love affair with jazz began at the age of eight when his older brother turned him onto what he calls "the most important music of the century," according to the press release. As a teenager, Dreyfus started weekend jazz clubs in the Paris suburb in where he grew up.

In 1993, Francis Dreyfus founded his American record company, Dreyfus Records, Inc. and produced and released recordings of such American artists as Roy Haynes, Ahmad Jamal, Mingus Big Band and Lucky Peterson. Peterson was the subject of Francis's final co-production, a new acoustic blues album called "You Can Always Turn Around," releasing in late September according to the press release.

Ahmad Jamal calls Francis Dreyfus "one of the last great record men," often comparing him to Leonard Chess, another label man he recorded for according to the press release.

Francis is survived by his wife, Helene, and his daughters, Julie, a film actress, and Chloe and Laura, who are both producers for the Dreyfus labels. –by CelebrityAccess Staff Writers