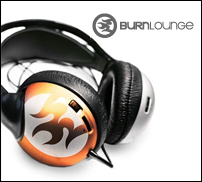 LOS ANGELES (CelebrityAccess MediaWire) — The U.S. Federal Trade Commission has asked a U.S. Court to shut down music download site BurnLounge and freeze their assets, asserting that the company is in fact a pyramid scheme and has made numerous deceptive claims about their business model.

The website, which claims to allow users to set up their own digital music store, is still in operation as the judge refused to issue a temporary restraining order but a full hearing is planned for June 19th.

The FTC has alleged that the revenue streams offered by the website to paying members are comprised primarily of bonuses garnered for new recruits to the service, rather than income from retail sales.
The FTC complaint alleges that Burnlounge offers incentives for selling product packages and that the incentives are only redeemable for cash after a certain threshold of selling to non-members.

Representatives for Burnlounge responded by stating "BurnLounge is pleased with the United States District Court Central District of California’s decision refusing to grant the Federal Trade Commission’s request for a Temporary Restraining Order (TRO), and remains committed to compliance with all applicable laws and regulations. The Court’s denial of the FTC’s request is a significant victory, and furthers the Company’s belief that it has conducted its business lawfully.". – CelebrityAccess Staff Writers