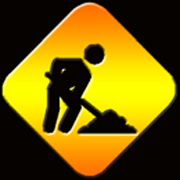 FULTON COUNTY, GA (CelebrityAccess MediaWire) — The Fulton County board voted to pony up $6 million dollars for the construction of a new amphitheater for concerts with taxpayer money despite the objections of numbers of the taxpayers.

According to the Atlanta Journal-Constitution, the vote came down 4-2, despite the fact that construction estimates for the project are 3 years old and in the face of a precipitous rise in construction costs.

"This is a major expenditure of public funds," Commissioner Lynne Riley told the Journal-Constitution "We need to know what we are doing. Three-year-old figures aren't good enough."

The $60 million dollar budget shortfall the county is currently facing, along with the lack of current estimates weren't enough to deter supporters like Commissioner Bill Edwards. Calling the shed a "revenue-generating project" he told the Journal-Constitution that "I hate to see a good thing people want being sabotaged, it's direct sabotage."

Envisioned as a revenue-generating facility, the 5,000-capacity shed would be owned and operated by the county and be situated in south Fulton and the county estimates that. It has been suggested that the venue might be turned over to private, unspecified operator after its completed. The county projects that the construction costs will be covered by within three years once the shed is up and running. – CelebrityAccess Staff Writers