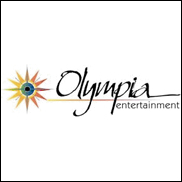 DETROIT (CelebrityAccess MediaWire) — Olympia Entertainment and its venues were the center of attention as thousands of metro-Detroiters headed to Downtown Detroit for a weekend full of a variety of events.

Hockeytown was alive and energized as the Detroit Red Wings defeated the Dallas Stars (2-1) in game 2 of the Western Conference Finals. A capacity crowd rocked Joe Louis Arena on Saturday as the Wings took a 2-0 lead in the series.

To accommodate the frenzy surrounding the Red Wings, the City Theatre, which is located inside the Hockeytown Cafe complex, was converted to broadcast the Red Wings game on a big screen projector. The theater was packed all day long with fans rooting for their beloved Red Wings.

On Saturday night, the Masonic Temple Theatre was the place to be for hard-hitting roller derby action. The first place Detroit Pistoffs skated to victory over the Devil's Night Dames, while the Pistol Whippers defeated the D-Funk Allstars for the third place spot at the Detroit Derby Girls Championship games.

Joe Louis Arena, the Fox Theatre, Masonic Temple Theatre, the City Theatre and Hockeytown Cafe are all managed and operated by Olympia Entertainment.

Rounding out the weekend of events, the Detroit Tigers hosted the New York Yankees for a three-game series. Both Friday and Saturday games were sold out. Unfortunately, Sunday afternoon’s finale was postponed due to rain. Comerica Park is located in the Foxtown Entertainment District, across the street from the Fox Theatre.

“Once again it was another great weekend of events for all Detroiters to enjoy,” said Olympia Entertainment Vice President of Sales and Marketing Bill Lee. “From Red Wings hockey to Detroit Tigers baseball to Go, Diego, Go Live to roller derby action, there was something for everyone!” –by CelebrityAccess Staff Writers