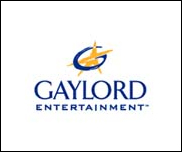 MESA, AZ (CelebrityAccess MediaWire) — Gaylord Entertainment has partnered up with real estate developer DMB Associates in a venture to build a new destination resort and convention center in Mesa Arizona. The partnership is currently considering a 3,200 acre plot of land that currently serves as General Motors' Mesa Proving Grounds that DMB partially acquired in 2006 for a cool $265 million.

Located next to the Phoenix-Mesa Gateway Airport, the Mesa Proving Grounds is the largest remaining parcel of contiguous land within the core Mesa planning area. The property is of considerable importance to the future growth and development of Mesa and the larger Phoenix metroplex.

While the details of the resort are still undecided, it will be a big one, likely the largest standalone convention center resort within Arizona, Utah, New Mexico and Colorado. Gaylord hopes that the infusion of capital will pave the way for other operators to open hotels, resorts and high end retail outlets in the area. Gaylord CEO Colin Reed, told the Arizona Republic that investment in the hotel alone "will be north of three-quarters of a billion dollars; our initial investment will be that." Overall estimates for the project are topping $1 billion.

"The importance of these announcements to the residents of Mesa and the Southeast Valley can not be underestimated. Landing an outstanding, high-quality operation such as Gaylord, when the company literally could have chosen to locate anywhere in America, shows remarkable forethought on the part of city leaders who initially introduced DMB to Gaylord. It's a win-win for everyone," said DMB Ceo Drew Brown.

Gaylord has an extensive track record with developing entertainment properties such as Gaylord Opryland which has 2,881 rooms, 600,000 square-feet of public space, nine acres of indoor gardens and an indoor river. DMB has a strong reputation in residential and mixed use real estate development projects. Westcor has also been brought aboard to oversee the development of the retail component. – CelebrityAccess Staff Writers