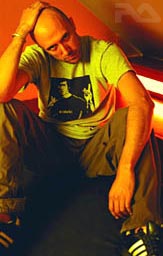 (CelebrityAccess News Service) – America’s premiere 21+ New Year’s Eve destination this year is Los Angeles’ GIANT Venture, a new 48-hour event produced by GIANT entirely under (and on top of) one roof at the landmark Bonaventure Hotel in downtown LA. With a capacity of 10,000, the Bonaventure will be converted into a ‘city within a city,’ occupying a full-city block with ballrooms, rooftop gardens, revolving lounges, bars, restaurants, luxury rooms and opulent suites–all enhanced by the music of some of the world’s top electronic talents.

The event commences on December 31 from 2:00pm to 8:00pm with a lobby and courtyard reception for guests, followed by official NYE festivities from 8:00pm–11:00am in all the ballrooms, on the rooftop garden and the revolving VIP lounge. The after-hours party will continue on until 11:00am in the lower-level ballroom. On New Year’s Day, very hip house music label Naked Music hosts a pool party billed as "Naked by the Pool" from 11:00am–10:00pm for a party under the sun on the rooftop garden and pool deck, and then concluding in the BonaVista Lounge from 10:00pm–2:00am. General admission is $75, VIP admission is $150. Hotel guests receive discount admission to the additional events on New Year's Day.

Established January 2000, GIANT lives at the forefront of the expansion of the club scene in Los Angeles and America bringing to the city critically-acclaimed major club events. These events draw thousands of people and the biggest names in DJ talent such as Sasha, Paul Van Dyk, Deep Dish and Tiesto just to name a few. In addition to raising over $300,000 for local charities in Los Angeles over the past three years, GIANT’s New Year’s Eve celebrations have set the pace for innovative productions and unique locations. From Hollywood Boulevard to the LA Coliseum Gardens to downtown’s Flower Street, GIANT produces America’s largest 21+ New Year’s Eve party. The GIANT Venture is sponsored by the L.A. Downtown Center Business Improvement District. A portion of the event’s proceeds benefit the Quincy Jones Listen Up Foundation. –Bob Grossweiner and Jane Cohen