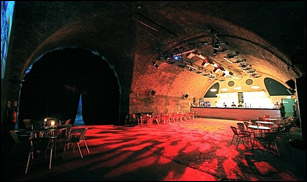 GLASGOW, Scotland (VIP NEWS) — The Arches club in Glasgow will remain open after police failed in a bid to have it shut down.

The BBC reports officers had requested a closure order from Glasgow City Council’s licensing board after recording 26 drug and alcohol-related incidents at the venue on Saturday. A woman was also found unconscious at the club on the same night.

But the committee turned down the request, taking the view that alleged drug and alcohol matters should instead be considered as part of a premises review procedure, which allows wider scope for enforcement action.

"After considering a preliminary motion from the licensee, the board was not satisfied that the closure order procedure was appropriate in this case,” said the licensing board chairman Cllr Bill Butler. "However, we recognise the serious concerns being raised by Police Scotland in relation to these premises.

"If an application is made for a review of this premises` licence, it will be prioritised by the board and considered at the earliest opportunity."

Last year the club announced it was raising its minimum age of admission to 21 following the suspected drug-related death of a teenager who fell ill at the venue.

The 2,000-capacity venue is due to host shows by Peace, From The Jam, Walk The Moon and Robin Trower in the coming months.