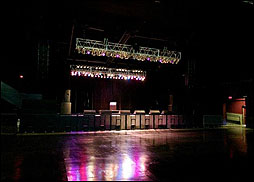 GRAND RAPIDS, MI (CelebrityAccess MediaWire) — Don Dorshimer, a longtime promoter and club owner in Grand Rapids passed suddenly on October 5th, just hours before a sold-out show was set to take place at his club, the Orbit Room. He was 56 at the time of his passing and a cause of death was not revealed.

Dorshimer had owned and operated the Orbit Room since the 1980s, when it was known as Club Eastbrook, staging both touring artists and electronic dance music events, the Grand Rapids Press reported. Dorshimer was instrumental in helping to grow the music scene in Grand Rapids through his club, which regularly brought national artists to the market. In the 1980s and 1990s, he also partnered with Belkin Productions, promoting concerts at other venues in the market.

“If that club hadn’t been here in the ’90s, it would have been dead here,” Aris Hampers, a retired radio DJ and friend of Dorshimer's told the Grand Rapids Press “Don helped make the concert scene in G.R. what it is now.”

Ted Smith, Dorshimer's partner and the manager of the Orbit Room said that at least for the foreseeable future, the club would continue as a going concern. The club has a number of shows on the books in the next couple of months, including Danzig, Megadeth, Lamb of God, Coheed and Cambria, Asking Alexandria and the Suicide Girls burlesque tour.

A memorial service for Mr. Dorshimer is planned for Friday at 5 p.m. at the Orbit Room. – Staff Writers