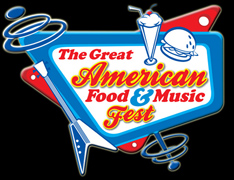 FOXBOROUGH (CelebrityAccess MediaWire) — The Great American Food and Music Fest will make its debut in the Boston area at Gillette Stadium, home of the New England Patriots, on June 26th.

On a lark, after reading about the The Great American Food and Music Fest in a CelebrityAccess article, promoters Mike Flanagin and Dan Murphy contacted festival head Jim Lewi, about producing this one-day event. Flanagin said Jim bought into the idea of trying the festival at Gillette, and since its announcement, the phones have not stopped ringing. The fest combines live music, classic American food and celebrity chefs, including restaurateur, author and television host Paula Deen; Tom Colicchio, host of Top Chef and recent recipient of the James Beard Foundation’s top honor; Pat and Gina Neely, co-owners of Neely’s Bar-B-Q and hosts of Down Home with the Neelys; and Ace Of Cakes star and master baker Duff Goldman.

On the musical side, event organizers have lined up performances by Buckwheat Zydeco, American Idol sixth season finalist Melinda Doolittle, Southside Johnny and the Asbury Jukes and Boston rock and roll legends, the Stompers.

Tickets to the fest will go on-sale on Saturday, May 8th and will set you back $32.50 until May 21st when the price bumps to $42.50. General admission tickets will increase to $52.50 when purchased during the day of the event. Group packages are available as well as VIP ticketing, which includes private catering, unlimited food /beverages, and talent meet-and-greets. Parking is included in the price of the ticket and children under 10 are free. – CelebrityAccess Staff Writers