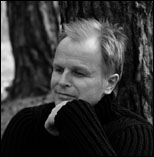 Through the deal Kobalt will administer the catalog for the world excluding the territories of Switzerland, Austria and Benelux. It is the first time Grönemeyer has signed a global administration deal including the territory of Germany that consolidates all of his works.
Containing over 25 years of chart hits and multiple No. 1 hits, the Grönland Musikverlag catalogue features the songs "Bochum", "Männer", "Mensch", Was Soll Das", "Halt Mich", "Alkohol", "Flugzeuge Im Bauch", "Land Unter", and "Der Weg". Grönemeyer has sold in excess of 20 million records in his career.

Commented Ahdritz: "We're honored and excited to be working with Herbert Grönemeyer, who has been a leading influence in German pop music culture for more than 20 years and one of the most prolific songwriter, recording artist and performers. This global deal represents a major achievement for Kobalt especially in our expanding German operation led by Matthias Kind, our General Manager in Germany. We look forward to a long and successful relationship."

Since his emergence in the Eighties, Grönemeyer has had nine albums reached
No.1 in Germany. His multi-million selling 2003 release, Mensch, has sold over three million albums in Germany and is the best selling album of any German recording artist.

In addition to Germany, Grönemeyer's music has been released in the U.S.
Switzerland, Benelux, Canada, England, Scandinavia, France, Spain, Australia, Greece, Poland, Czech Republic and Brazil. His breakthrough release, Bochum, a mainstay on the German charts for over a year and a half, is considered a treasure of Eighties German rock music twenty years after its debut.

Concurrent with his early musical career, in 1981 Herbert Grönemeyer, who began performing in his teen years as a stage actor and a musical director, became famous worldwide as the war correspondent Lieutenant Werner in Wolfgang Petersen's movie Das Boot. The film was Germany's highest box office export and was nominated for six Academy Awards.

The recipient of six Echo Awards, Germany's top music honor, a 2003 World Music Award, and two Viva Comet Awards, Grönemeyer was acknowledged in 2005 as a "European Hero" by the editors of Time Magazine for his work in the fight against poverty and social injustice. A multidisciplinary artist, he has composed for the theater, creating music for Robert Wilson's production of Georg Buchner's Leonce und Lena, and a roster of films including Sommer in Lesmona, with a Grimme Award-winning score. His interest in new music and promoting of new artists led to the founding of the Grönland label. A compelling live artist whose performances have been captured by MTV "Unplugged" performances and a top selling DVD, Mensch Live, that chronicled a concert tour viewed by 1.5 million fans, he will also embark on a stadium tour in May, 2007. – CelebrityAccess Staff Writers