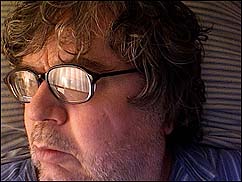 If I Had a Million Donuts by Larry LeBlanc

Many Canadians humbug Toronto as a cultural wasteland, but Mayor Rob Ford’s sprawling urban jewel on the Don River is the creative and business center of Canada’s music industry.

With a metropolitan population of 5.6 million—a mega-city since Jan. 1, 1998 following the consolidation of six municipalities–Toronto draws industry players and musicians from every corner of the country.

Toronto is one of the most multicultural cities in the world with one of the highest per capita immigration rates in the world. Annually, almost half of all immigrants to Canada settle in the greater Toronto area. More than 100 different languages and dialects are spoken in the city.

While Italian, Chinese and Jewish had traditionally been the largest minority groups, there are now substantial populations of South Asian, Latin American, and Afro-Canadians.

While geographically close to America, Toronto doesn’t mirror America. It is culturally quite different. The city’s music scene has a profusion of styles that include alternative, hip-hop, R&B, folk, blues, jazz, Latin, country, world beat, and classical.

Canada’s music industry– cursed or blessed, depending on your outlook– has been centered in Toronto for decades.

Both Canadian Music Week (CMW) and North by Northeast (NXNE) should be credited for playing significant roles in advancing Toronto’s global status as a major music center.

Now in its 30th year, Neill Dixon’s CMW music conference and festival annually attracts upward to 20,000 attendees from around the globe.

CMW began in 1983 as the Record Music Industry Conference under David Farrell, and wife Patricia Dunn-Farrell, then co-publishers of the weekly Canadian music trade, The Record.

Dixon took over CMW in 1993, and transformed the event by diversifying activities in order to address the changing global aspect of the music industry. As well, he reset CMW to tune into all sectors of the music, radio and technological communities.

NXNE began in 1995 as an adjunct of the South by Southwest festival in Austin, Texas. Under Now magazine co-founder, and co-owner Michael Hollett, and the event’s managing director Andy McLean, NXNE has since evolved from being a three-day discovery festival of primarily local, unsigned independent artists into a global celebration of the independent music spirit.

What’s been overlooked is that Toronto was something of a late bloomer as any kind of a music center.

As rock and roll blew apart the American-dominated global music industry in the ‘50s, Toronto was a British WASP backwater town with its best-known musical exports being orchestrator Percy Faith; classical pianist Glenn Gould; Montreal-born operatic contralto Maureen Forrester; jazzman Moe Koffman; and such soothing pop vocal acts as the Diamonds, the Four Lads, the Crew-Cuts, and the Rover Boys.

Toronto’s staid music scene was transformed in the late ‘50s when Arkansas rockabilly/corn-pone philosopher Ronnie Hawkins took over a club residency at the Concord Tavern on Bloor Street; and later at Le Coq d'Or on the Yonge Street strip.

Hawkins' back-up band, the Hawks—Arkansas-born drummer Levon Helm, Canadian guitarist Robbie Robertson (who, at 15, joined originally as bassist); and Canadians Rick Danko on bass, and keyboardists Richard Manuel and Garth Hudson–backed Hawkins for two years before departing to record unsuccessfully as the Canadian Squires, and then as Levon & the Hawks. The group linked up with Bob Dylan in 1965, and then became the Band.

Downchild Blues Band came together in 1969 after harpist/guitarist Donnie Walsh, and bassist Jim Milne saw Muddy Waters perform at the Colonial Tavern. Among the reasons for the band's enduring popularity is that, regardless of its changing line-up (more than 120 members to date), it always sounds like Downchild.

In the ‘60s, Yorkville Village—Toronto’s bustling Mecca of hipster coffeehouses and clubs—featured such Canadian folk acts as Ian & Sylvia, Gordon Lightfoot, Joni Mitchell, and Buffy Sainte-Marie; and such local bands as David Clayton-Thomas and the Shays, the Mandala, the Ugly Ducklings, Jack London & the Sparrow (later renamed Steppenwolf), and the Mynah Birds (featuring Rick James and Neil Young).

It was a time and place that is enshrined in Canadian music history.

After Yorkville flamed out in the early '70s, and as many top local musical figures left Toronto to achieve individual stardom in America, such Toronto acts as Edward Bear, Rush, Triumph, Lighthouse, and pianist Hagood Hardy made their own international mark.

The cultural centre of gravity in Toronto has widened in recent years and more parts of the city have metamorphosed into fertile creative grounds for developing performers.

Today, the Toronto music town of myth and fable is gone. There are no visible signs of the Yonge Street club strip of yesteryear; or the Yorkville of the ‘60s.

No statues of Ian & Sylvia or David Clayton-Thomas in any of Toronto’s parks.

Yet, who can deny that the city has had an extraordinary influence upon the history of Canadian popular music?

Or that Toronto is still a powerful entertainment magnet; a place where creative musicians want to live as their careers are developing?

Larry LeBlanc is widely recognized as one of the leading music industry journalists in the world.

Legendary BBC2 DJ/historian Bob Harris has described him as "the glue that holds the Canadian music industry together."

Senior editor of CelebrityAccess since 2008, he was the Canadian bureau chief of Billboard from 1991-2007, and Canadian editor of Record World from 1970-89. He was also a co-founder of the late Canadian music trade, The Record.

He has been quoted on music industry issues in hundreds of publications including Time, Forbes, and the London Times.

He is co-author of the 2011 book,” Music From Far And Wide” chronicling the growth of Canada’s pop music scene.