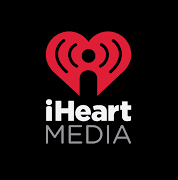 SAN ANTONIO, TX (Hypebot) – iHeartMedia, the parent company of broadcast and online giant iHeartRadio, is set to announce two paid streaming music services this week, according to multiple reports. While it will face stiff competition, the move is a logical brand extension; and given its reach, could find traction.

"The paid streaming service, the first of its kind for a traditional radio outfit, will include a $5-a-month ad-free radio station and a $10-a-month on-demand music service, " reports the New York Post.

iHeartMedia has yet to secure all of the needed licences, according to multiple sources. So, while it may be announced this week, it could be several months before launch.

The company's advantage is its 800+ broadcast radio stations and multitude of online channels. But iHeartMedia is also burdened by huge debt, and losing money at the rate that other music streamers have would only ad to its woes. – Staff Writers