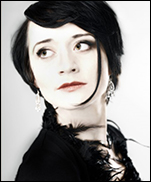 MANCHESTER, UK (CelebrityAccess) — Famed concert pianist Natalia Strelle was killed in her home on Sunday. Police have arrested a 48-year-old man John Martin, who is understood to be her partner, on suspicion of murder.

According to The Guardian, a postmortem examination found that Strelle had died from head and neck injuries.

Strelle, 38, who changed her named from Strelchenko, was a Norwegian pianist of Russian origin, who has performed all over the world at a prestigious venues such as New York's Carnegie Hall, Wigmore Hall in London and Berlin's Französischer Dom. She also served as the artistic director at the Menestrelles International Chamber Music Academy.

Strelle was just 12 when she performed her first concert with the Leningrad Symphony Orchestra. She received her education at the St. Petersburg State Conservatory and the Norwegian Academy of Music in Oslo and was awarded a PhD in arts research. Strelle worked from 1995 to 2000 as an accompanist and teacher at Saint Petersburg Conservatory. She also held a research fellowship at NMH from 2007 to 2010 and was artist in residence at Leeds College of Music in 2008.

More recently, she held a position of Assistant Professor at Conservatoire of Belfort, France, and was a member of Trio de Belfort.

In a statement released through Greater Manchester police, Strelle’s family said: “Natalia was a talented, beautiful, much loved mother, daughter, sister and friend. She will be greatly missed.”