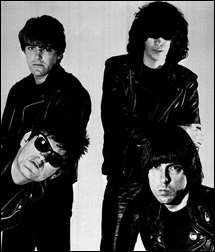 NEW YORK (CelebrityAccess MediaWire) — Celebrating what would have been the 57th birthday of punk-icon JOEY RAMONE, the annual Joey Ramone Birthday Bash will take place Monday, May 19th at The Fillmore New York at Irving Plaza. Mickey Leigh, event organizer and brother of Joey Ramone, has announced that, as part of the 8th annual Bash, fans will be treated to a special reunion appearance from Manitoba’s Wild Kingdom featuring Handsome Dick Manitoba, Andy Shernoff, Ross the Boss & JP Thunderbolt.

RAMONE, who passed away in April 2001 after a 7 year battle with Lymphoma, had a history of encouraging up-and-coming bands in New York’s downtown music scene by showcasing them at his special “Joey Ramone Presents…” events. Since RAMONE’s passing, his brother and their mother Charlotte Lesher carried on the tradition “by featuring bands that make great music and getting together some of Joey’s friends to celebrate him on what would otherwise be a sad, somber day,” Leigh explained. –by CelebrityAccess Staff Writers