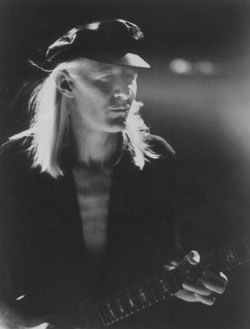 Johnny Winter cancelled a British concert due to illness on August 27, and before entering the hospital, he went on stage to apologize to more than 5,000 fans.

Winter is suffering from numbness on his right side, called radial nerve palsy, and was unable to perform at the festival, according to organizers of the Bishopstock Festival in Devonshire, southern England.

Winter is at the Royal Devon and Exeter Hospital, and his condition was not considered serious, according to a festival spokesperson.