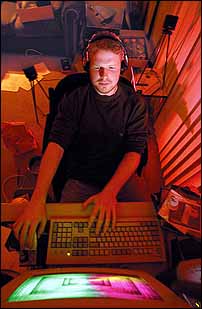 (CelebrityAccess MediaWire) — The recording industry showed the first positive results from its international deterrence campaign against illegal file-sharing and warned that a new wave of litigation will take place in new countries within months. The results show that legal awareness among the European public has increased and the number of pirate files on the internet has fallen steadily. Meanwhile, the number of legal sites where consumers can buy music has risen to over 100 globally; five times the number of one year ago.

It is the first evaluation since IFPI's March 30 announcement of the international campaign against alleged illegal file-sharers, starting with more than 200 criminal and civil actions in Denmark, Germany and Italy.

IFPI has also confirmed plans to extend the litigation internationally. A further 24 legal actions are being announced to against individuals in Denmark. Other countries such as France, Sweden and the UK have already launched high-profile warning campaigns that they will prosecute file-sharers if necessary.

"Today's results show that litigation, combined with the rollout of new legal online music services, is having a real impact on people's attitudes to illegal file-sharing, and this in turn is affecting levels of file-sharing activity," said IFPI chairman and CEO Jay Berman. "We are not claiming victory yet, but we are encouraged by the way the market is developing, and by the shift we see in public opinion.

"On the strength of the developments in Denmark, Germany and Italy, we can confirm that there will be more legal actions in other countries in the near future," he added. "We need to continue letting people all over the world know that file-sharing other people's copyrighted music is illegal, that is damaging the whole music sector, that it is not anonymous and that it carries legal consequences.

"Governments also have an important role to play in the fight against illegal file-sharing, which affects not only the music sector but increasingly the film and other creative industries – a sector worth more than 1,000 billion euros world trade," continued Berman. "We welcome the support of governments, in helping both fight online piracy and facilitate new online legitimate services. Initiatives such as the French government's recently-announced Action Plan against internet piracy are particularly welcome".

The findings on consumer attitudes came from a second public awareness survey, conducted in May by IFPI in four countries – France, Germany, UK and Denmark. (The earlier survey had been conducted in January, before legal actions in Europe). Similar separate surveys were commissioned in April by FIMI, IFPI's Italian affiliate, and conducted by AC Nielsen, and by SNEP, IFPI's French affiliate, and conducted by IFOP. (Earlier versions in December also preceded litigation).

Seven out of ten people in France, UK, Denmark and Germany are now aware that file-sharing copyright music without permission is illegal (70% on average compared to 66% before the start of the campaign). The impact has been greatest in the under-30s age group responsible for the majority of file-sharing.

A separate survey in France showed that consumer awareness of the illegality of unauthorised file-sharing increased from 59% in January to 73% in May 2004. This followed a high profile warning campaign in newspapers and media across the country in April, carrying the slogan: "Free Music has a Price".

In Italy, 45% of surveyed file-sharers say they expect to stop over the next three months (twice the number before the campaign started). In Germany, France and Denmark public confidence in the effectiveness of litigation has risen (59% say the campaign will work, compared to 55% in December). Awareness of the existence of legal online music alternatives has significantly increased, notably among the under-30s age group in Germany (57%) and France (45%).

The number of legal online music sites has increased from 20 in mid-2003 to over 100 (of which more than 50 are in Europe). These are accessible via the educational website www.pro-music.org founded by an alliance of music sector bodies. The site has now been rolled out in Germany, France and Italy.

Traffic on legitimate online music sites has increased dramatically over the last year. Pan-European online music provider OD2 reports average monthly music downloads at over 500,000 in first quarter of 2004 rising by 27% in May 2004.

Denmark: Of 88 alleged file-sharers to receive civil demand letters in March, 17 individuals have either already paid or agreed to pay compensation averaging around 3,000 euros each. A further 23 are negotiating levels of compensation. Cases are being taken out against 24 more file-sharers on June 8-9. Several hundred further cases are planned in the coming months.

Germany: Earlier this month a 23-year old man from Cottbus in south east Germany, agreed pay compensation of 8,000 Euros. He had 6,000 MP3 files on his computer and 70 CDs containing further files. In a second case, a 57-year old teacher from Stuttgart has been charged with copyright infringement and will face similar compensation demands. Further cases will be reported to the public prosecutor.

Italy: following criminal raids, the public prosecutor has charged 30 individuals with copyright infringement and trials are expected to start within the next few months. Further cases will be brought in the near future.

United States: Since September 2003, the leading record companies have brought copyright infringement lawsuits against 2,947 alleged illegal file sharers. There have been 504 settlements to date. –Jane Cohen and Bob Grossweiner

(CelebrityAccess MediaWire) — Larry Mestel has been named chief operating officer and general manager of Virgin Records. He will be based in New York and will report directly to Matt Serletic, chairman and CEO of the label. He will oversee the label's business operations, including A&R administration, business affairs, finance, human resources and international for Virgin.

"Larry is an excellent record executive whose exceptional talents will complete this leadership team at Virgin," said Serletic. "Larry is an important addition to the new Virgin organization and the efforts we are making to re-establish the label."

Most recently, Mestel had been executive vice president and general manager of Arista Records, which he joined in 2000. While there, he was responsible for all business affairs, international, finance, production, special markets, administration, sales, as well as Arista's West Coast operation, and worked with artists such as Outkast, Usher, Pink, dido, Carlos Santana and Babyface.

"Virgin has a lot of momentum on its side and has laid some important groundwork on a host of terrific releases in the market now and coming later this year," said Mestel. "It's an exciting time to come on board and I look forward to working closely with Matt and everyone at Virgin to support some great records from superstars like Janet Jackson and Lenny Kravitz to up-and-coming talents like Ricky Fante." –Jane Cohen and Bob Grossweiner

(CelebrityAccess MediaWire) –Artemis Records has acquired Tone-Cool Records. The new deal will bring an impressive catalogue and collection of blues and roots artists to Artemis' already diverse roster. Artemis will market and distribute future releases both domestically and internationally. Tone-Cool founder/CEO Richard Rosenblatt will remain on staff with the new title of President. He will report to Artemis Chairman/CEO Danny Goldberg.

"We have loved working with Tone-Cool over the past few years and are very gratified that they are now a fully integrated part of the Artemis Records Group," said Goldberg. "Richard Rosenblatt possesses one of the best A&R brains in the world for modern blues music and we are very excited about working even more closely with him".

"I'm thrilled to be working with a visionary like Danny Goldberg and his great team at Artemis," said Rosenblatt. We've been incredibly fortunate to help launch and work with world-class artists over the years, and I'm looking forward to even greater successes as part of the Artemis Records Group." –Bob Grossweiner and Jane Cohen

(CelebrityAccess MediaWire) — Based on the latest information from The NPD Group’s MusicWatch PriceLab, the decline in overall average price for physical full-length CDs appears to be accelerating. CD prices declined nearly four percent in Q1 2004 versus Q1 2003; by comparison, the year over year in Q4 was only 2.5 percent and for Q3 the drop was less than one percent.

“There are several reasons for the accelerating decline,” according to Russ Crupnick, president of NPD Music. “First and foremost the recording industry has had to deal with a changing market over the past few years, which was fueled in part by file-sharing. But the retail landscape has also changed, and consumers are increasingly exposed to everyday low prices or terrific discount offers. Everyone also recognizes the increasing competition for entertainment dollars, as DVDs and video games are growing at double digit rates. These situational factors are forcing the industry to rethink pricing.”

+ The average price of so-called “catalog” CDs, which are comprised of titles that are 18-months old or older, have fallen below the $13 dollar threshold to an average of $12.99 in Q1 2004; however, prices are down on both catalog titles and new releases;

+ Universal Music Group’s titles declined five percent between Q1 2003 and Q1 2004, which may be a reflection of the company’s “Project Jumpstart” initiative to lower prices at retail;

+ On a retail channel basis, prices declined the most at mass merchandisers, which include retailers such as Wal-Mart, Meijer, and Target. Prices at the mass channel fell by five percent between 2003 and 2004

“Record labels are diligently trying to respond to consumer feedback about high CD prices, and to the relative value of music,” Crupnick said. “According to a consumer survey conducted earlier this year, one out of three CD buyers report rank the price of CDs ‘important’ or ‘very important’ in their purchase decision.” — Bob Grossweiner and Jane Cohen