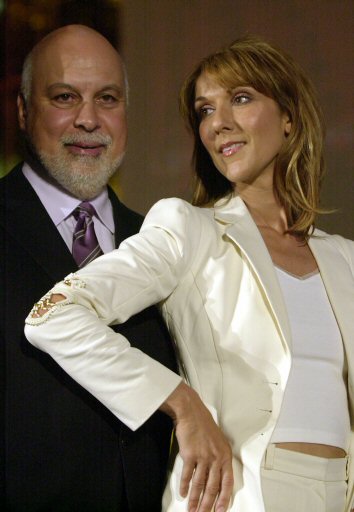 Now the woman's attorney says he will provide evidence that he believes links Rene Angelil to a sexual assault against his client, Yun Kyeong Kwon Sung.

Recently released court records indicate that Angelil agreed to pay Sung the money after she claimed he fondled her in March 2000 in a hotel-casino elevator.

Angelil's lawyer revealed the terms of the confidential settlement earlier this month to a grand jury that indicted Sung, 47, and her husband, Ae Hoe Kwon, 50, on charges of extortion and bribery. Sung and Kwon live in Pasadena, Calif.

"Many times celebrities will pay what is known as hush money to keep quiet," Angelil's lawyer Martin Singer told the grand jury March 4. "Whether or not the claims are true … you pay money to keep the claims quiet." He declined to comment Wednesday on his grand jury testimony.

Singer, an entertainment industry lawyer based in Los Angeles, also indicated the settlement was to get "total confidentiality" and the money would be repaid if it was publicly disclosed, according to grand jury testimony. The money was paid in June 2000 through a company called Colosseum Corp. on behalf of Angelil, who admitted no wrongdoing.

The settlement revelations, first reported by the Las Vegas Review-Journal, come a day after Dion premiered her show, "A New Day," at Caesars Palace.

The attempt to keep the settlement quiet unraveled after Singer was contacted by Las Vegas lawyer Joseph Hong in March 2002.

Hong, who was not involved in the original settlement, claimed that Angelil had raped Sung and threatened to sue.

"They were coming back for more money even though we had already settled everything back two years earlier," Singer told the grand jury. This was "the first time a statement was made alleging that my client had raped Miss Sung. I was shocked to hear this — no one ever made the claim of rape."

When Angelil didn't pay, Sung and Kwon filed a civil lawsuit in Las Vegas in March 2002, claiming Angelil broke a previous agreement to pay them an undisclosed sum to settle the rape accusations. The couple also filed a criminal complaint. After investigating the allegations, police this year declined to charge Angelil, citing a lack of evidence.

Hong and another lawyer later asked for $20 million in an October 2002 letter when a judge sent the civil case to arbitration. Hong, Singer said, claimed that Sung had a dress and underwear smeared with Angelil's DNA.

"I was told that if my client paid the $20 million, that the dress as well as the underwear would be given to me instead of the police," Singer testified.

The pair was arrested, and later indicted by the grand jury, after a January meeting in Las Vegas attended Sung, Kwon, Angelil's lawyer and an undercover police detective posing as Angelil's representative.

Police say the couple demanded $13.5 million to drop the rape complaint during the recorded meeting.

Sung remains in a Clark County jail and Kwon has been released, Sung's criminal lawyer Robert Langford said Wednesday. He has said his clients are innocent.

Jeff Mann, a Los Angeles lawyer who took over the pair's civil lawsuit two months ago, says his clients have a strong case. Mann said he has proof to back up the rape charge. He plans to turn over the dress to Las Vegas police next week.

"There's a lot of evidence," he said, and added there was a good reason for not giving police the dress earlier.

"My clients allege that they were threatened and their family was threatened if they ever provided the dress," he said.

Mann said Sung is being held on an immigration technicality.