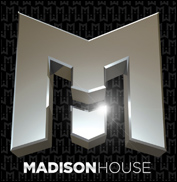 Madison House Presents will operate from three offices across the US including Boulder, New York, and Chicago. Immediate additions to the MHP team include Alicia Karlin and Michael Sampliner.

Sullivan, a 25-year veteran of concert production and live event management will be based in Chicago, where he will collaborate with AEG's offices in Minneapolis and St. Louis to further expand their Midwest operations.

Industry veteran Mike Luba will continue to be based in New York. Luba got his start as an agent for Cellar Door before founding Madison House in 1996. In 2007, Luba joined Artist Nation as Senior VP of Artists Acquisition, assisting in striking landmark deals for the company with Jay Z, Shakira, U2, Madonna and Zac Brown. More recently, Luba won a Grammy for his work as a producer on the Mumford and Sons / Edward Sharpe & The Magnetic Zeros/Old Crowe Medicine Show train journey film Big Easy Express.

Also joining is Stein, an original founding partner with Luba and Nadia Prescher of Madison House Inc., who will continue to develop and produce festivals such as Electric Forest and previously Rothbury while developing new festivals and other live entertainment events.

As well, Stein and Luba will continue their respective roles with the management team for The String Cheese Incident. – Staff Writers