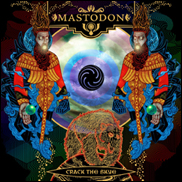 ATLANTA, GA (CelebrityAccess MediaWire) — Mastodon announced that they have cancelled their upcoming European summer tour originally set to begin June 5, in Germany and ending July 3, in Finland according to the band’s website.

Guitarist Bill Kelliher was diagnosed with Pancreatitis and has been advised by doctors to continue further medical treatment.

“Bill’s medical team are optimistic and expect a full recovery in the weeks ahead as the band looks forward to being part of BlackDiamondSkye also featuring Alice In Chains, Deftones, slated to begin Sep. 16, in Chicago,” according to the Mastadon website.