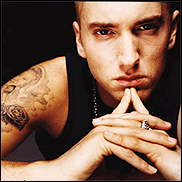 DUBLIN (CelebrityAccess MediaWire) — Concert promoter MCD is seeking nearly $2 million in compensation after insurance companies have refused to pay for a scheduled concert at Slane Castle in Ireland in 2005, the Irish Independent reported.

The concert was set to be a smashing success. The concert had sold out, all 80,000 tickets going in just an hour, but Eminem backed out just scant weeks before the date.

The reasons cited for the cancellation at the time were exhaustion and other unspecified medical issues.

Eminem had been on the road with his "Anger Management Tour" and Slane was scheduled to be the last date of the European leg. MCD claims that it lost over $2.5 million because of the cancellation. The terms of their contract only allowed them to pursue Em's insurance underwriters for €1.5m and they have brought litigation against three firms, Liberty Syndicate Management Ltd, Brit Insurance Ltd and Markel International Ltd.

According to Dennis Desmond of MCD, he learned from Interscope, Eminem's label, that after the canceled concert, Eminem was admitted to a hospital for treatment of a dependency on sleep medication. – CelebrityAccess Staff Writers