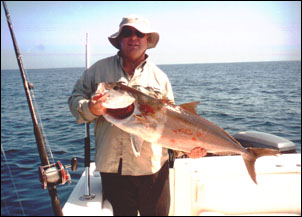 Veteran facility executive Mike Barber is retiring from the city of St. Petersburg as director of Sports, Entertainment & Convention Venues effective June 27. Barber joined the city's venues 16 years ago (June 1987) as vice president for Facilities Management for a private company hired to privatize management of the Bayfront Center Arena, Mahaffey Theater for the Performing Arts, the Coliseum and The Pier.

Barber left the city after major league baseball was finally awarded to St. Pete, but
he was recruited back to his current city position in February 1998 to administer the city's multiple venues.

This success led to many consulting assignments to other University campus
arena projects in the mid 70s.

An IAAM member since 1976, Barber participated with the initial IAAM Professional
Development Committee which led to the creation of the Oglebay School of Facility Management. He chaired the IAAM University Facilities Committee, and he actively participated as a presenter at numerous IAAM Conferences. As consultant to the University of South Florida in 1978 he conceived the creation of Sun Dome, Inc. a 501
( c )(3) private not-for-profit company, to provide a more efficient management vehicle for the University's Sun Dome. He was later hired to direct the start-up of that arena.

In 1984 he directed the final design, construction and grand opening of the Cajundome in Louisiana prior to joining the St. Petersburg project.

Barber will remain semi-active in the industry through Venue Management Solutions, a company he formed in 1995 to provide Performance Audit and related venue management services on a contract basis. He and wife Judy have two married children and three grandsons with a new arrival expected in the fall, all living in Tampa.